The hall is a Grade II listed building and it is surrounded by a green-gated "square", the only one between Newcastle and Edinburgh. It was originally built around 1830 and is now used by the Scouts. The grassed area has a square at its centre on which “Jimmy Strength's Statue” used to sit. The hall was originally a Reading Room and the garden was a Bowling Green. A Billiard Hall was added in the late 1840s, a rare example of a purpose-built one. By 1914 its use had declined and the building was leased by Berwick Boy Scouts, who purchased it in 1947. Now run as a Trust, the building is used by the Beavers, Cubs and Scouts and is let out to community groups including Brownies, Guides, Table Tennis, Dog Training and MIND.
Saturday 11:00-14:00 and Sunday 11:00-14:00 (no booking required)
On Palace Green, very close to the Main Guard. 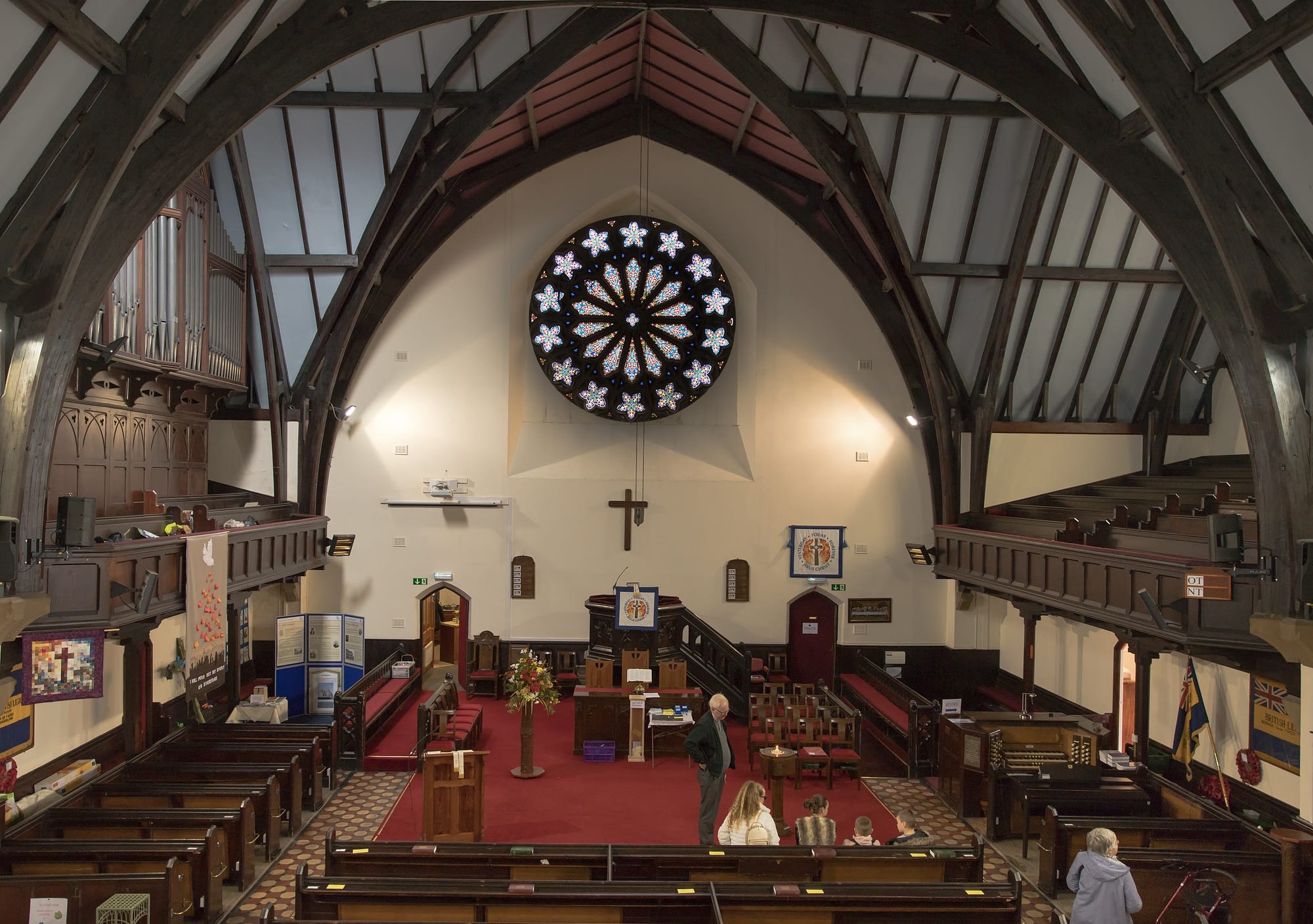 St Andrew's Wallace Green Church is one of only eight Church of Scotland Churches in England. Now 160 years old, it is a lovely light and airy building with beautiful stained glass windows. This beautiful church was formally opened on 19 June 1859. It has a striking sunburst stained glass rose window. Formed from the amalgamation of St Andrew's Church and Wallace Green Church, the building has memorial tablets from both churches, commemorating those lost in both World Wars. During the weekend, visitors can look at the booklets created on the men remembered on the First World War memorials. Also on Friday at 15:00, Linda Bankier, Archivist, will give a short talk “More than just names”, highlighting the stories behind some of the names - who were they; what did they do and where did they perish in the First World War?
Friday 14:00-16:00 & Saturday 10:00-16:00 (no booking required)
Wallace Green