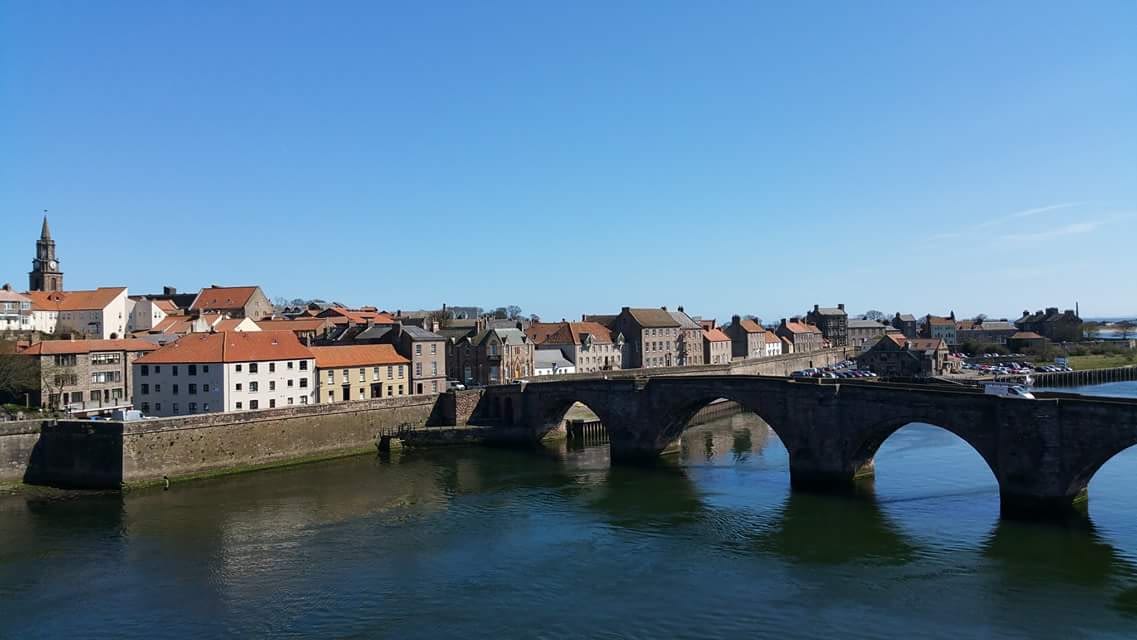 Welcome to Berwick Heritage Open Days (HODs) 2019 which takes place between 13th and 15th September. This is the second year the event is being coordinated by a number of local organisations (Berwick Civic Society, Berwick Museum and Art Gallery, Berwick Record Office, Berwick Town Council and Berwick Time Lines) who all have an interest in the area’s built heritage and history.
There are over 35 events taking place in Berwick, Tweedmouth and Spittal - a lot for one small place. It includes a selection of buildings open, including some new additions as well as historical walks, talks, a photographic exhibition and other activities in the Guildhall. There is something for local residents and visitors of all ages.
Berwick HODS is part of a national event taking place between 13th and 22nd September to celebrate England’s history and culture. Most of our events take place over the first weekend but we have organised a couple of guided walks to compliment Berwick’s Film and Media Arts Festival on 21st and 22nd September. This year the national event celebrates its 25th anniversary and Berwick has taken part most of those years.
All the events are free to attend are listed on www.heritageopendays.org.uk. The local events can also be found on the Berwick Town Council website – www.berwick-tc.gov.uk. As well as the Berwick events, we have also listed events at Longridge, Union Chain Bridge and Norham over the first weekend.
Our event also forms part of Berwick Autumn Festivals running in September and October – Food Festival (6th - 8th September), Film and Media Arts Festival (19th - 22nd September) and the Literary Festival (17th - 20th October).
We hope you will enjoy all the activities which have been organised. Please do visit as many as you can and experience the richness of our wonderful heritage.

Linda Bankier on behalf of the Berwick HODS Team 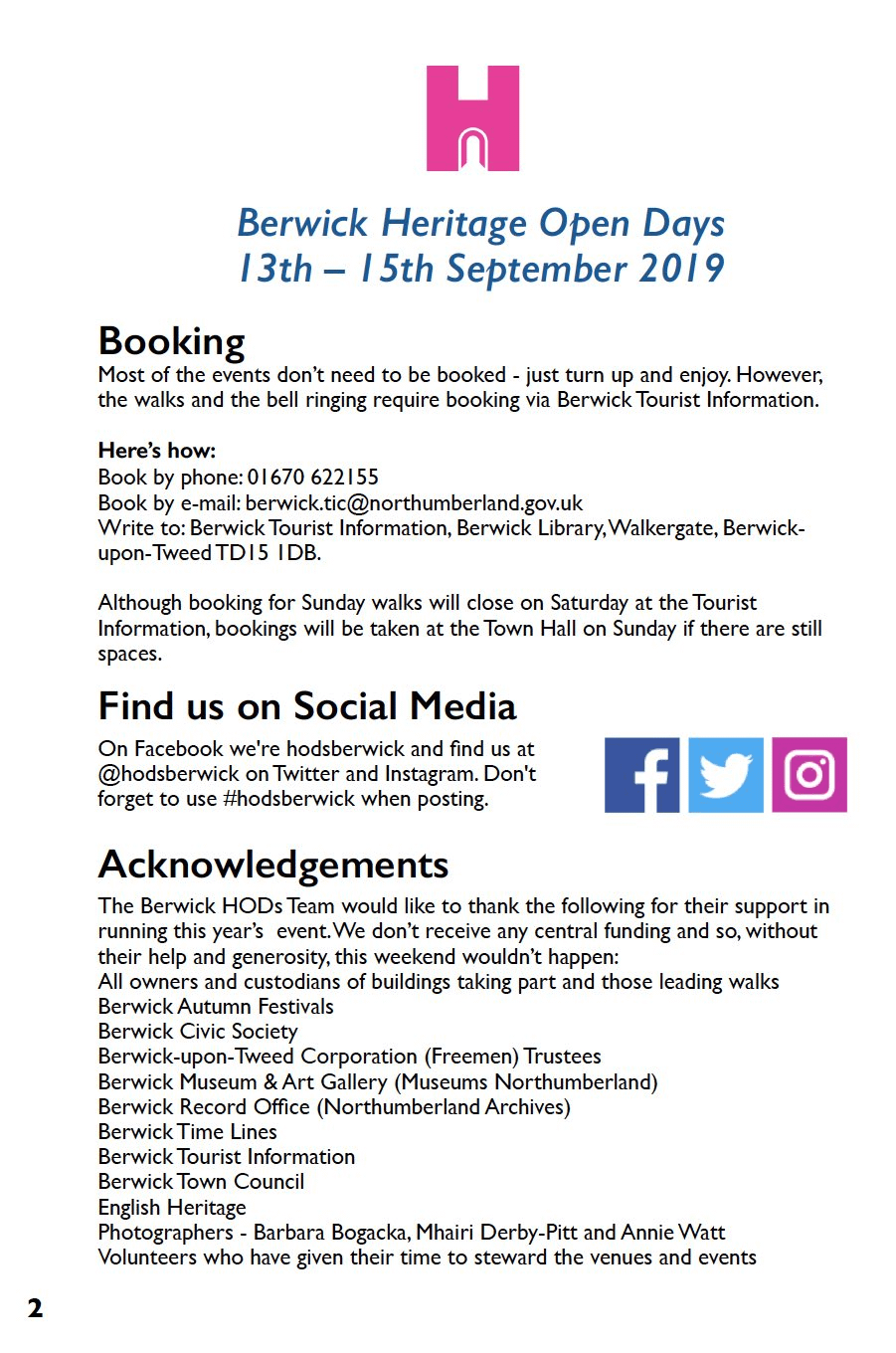