The building that never was in Golden Square

In the autumn of 1937, rumours circulated in Berwick that plans were afoot to build a new cinema on the site of the former Corporation Academy, the building on the corner of Bankhill and Golden Square now known as The Leaping Salmon.  After some initial denials, planning applications for the new building were duly submitted, and in January 1938 these were approved by Berwick Town Council under its local building regulations. 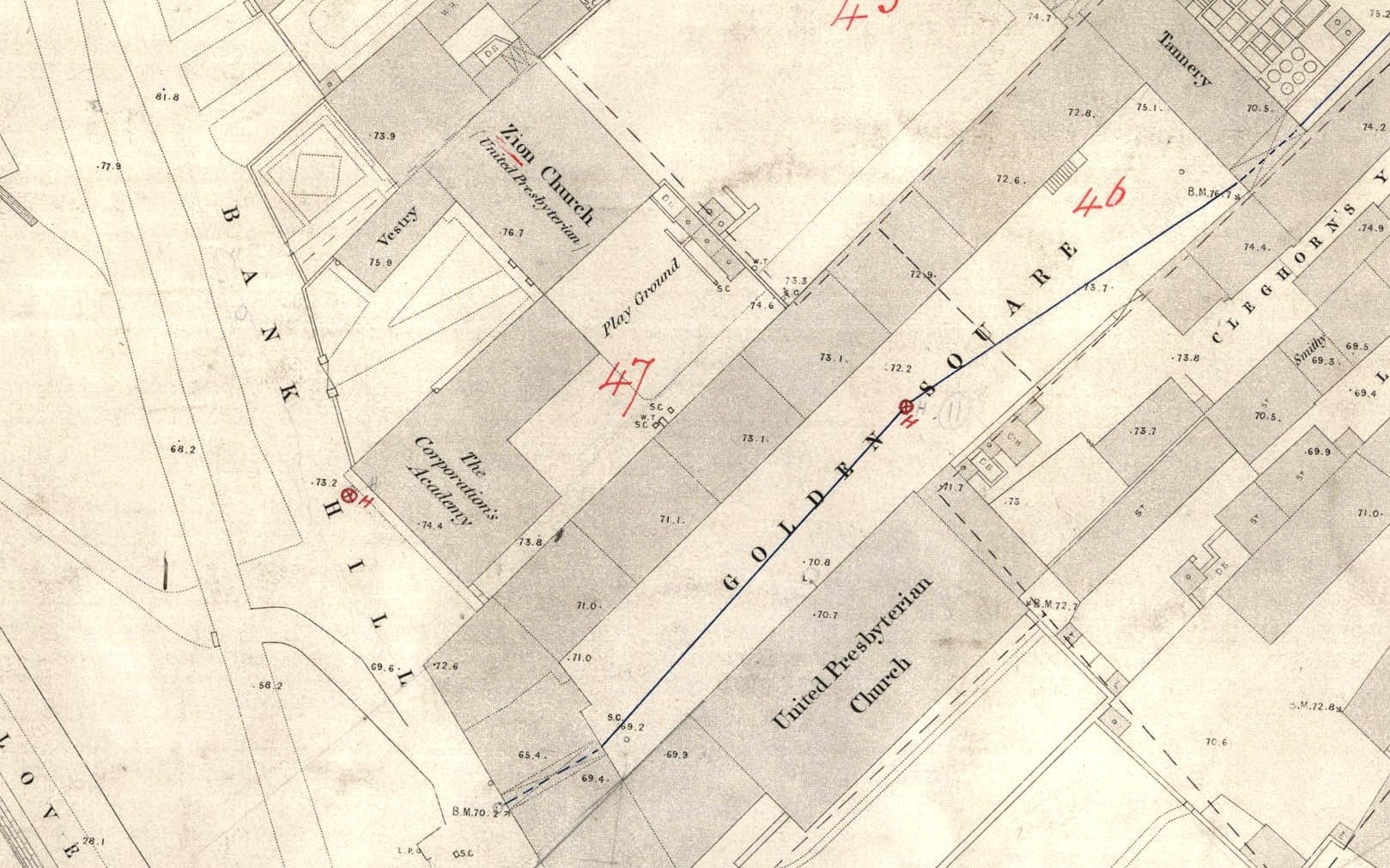 The proposal was made by John M. McFarlane, a cinema promoter and manager based in Jarrow, and the designs were drawn up by the architect J. Hedley Simson, of Newcastle.  A substantial building was envisaged with an auditorium which would seat over 900 people.  (Berwick already had two operational cinemas, The Playhouse in Sandgate and The Theatre in Hide Hill, each of them designed with a capacity of over 1000 people.) 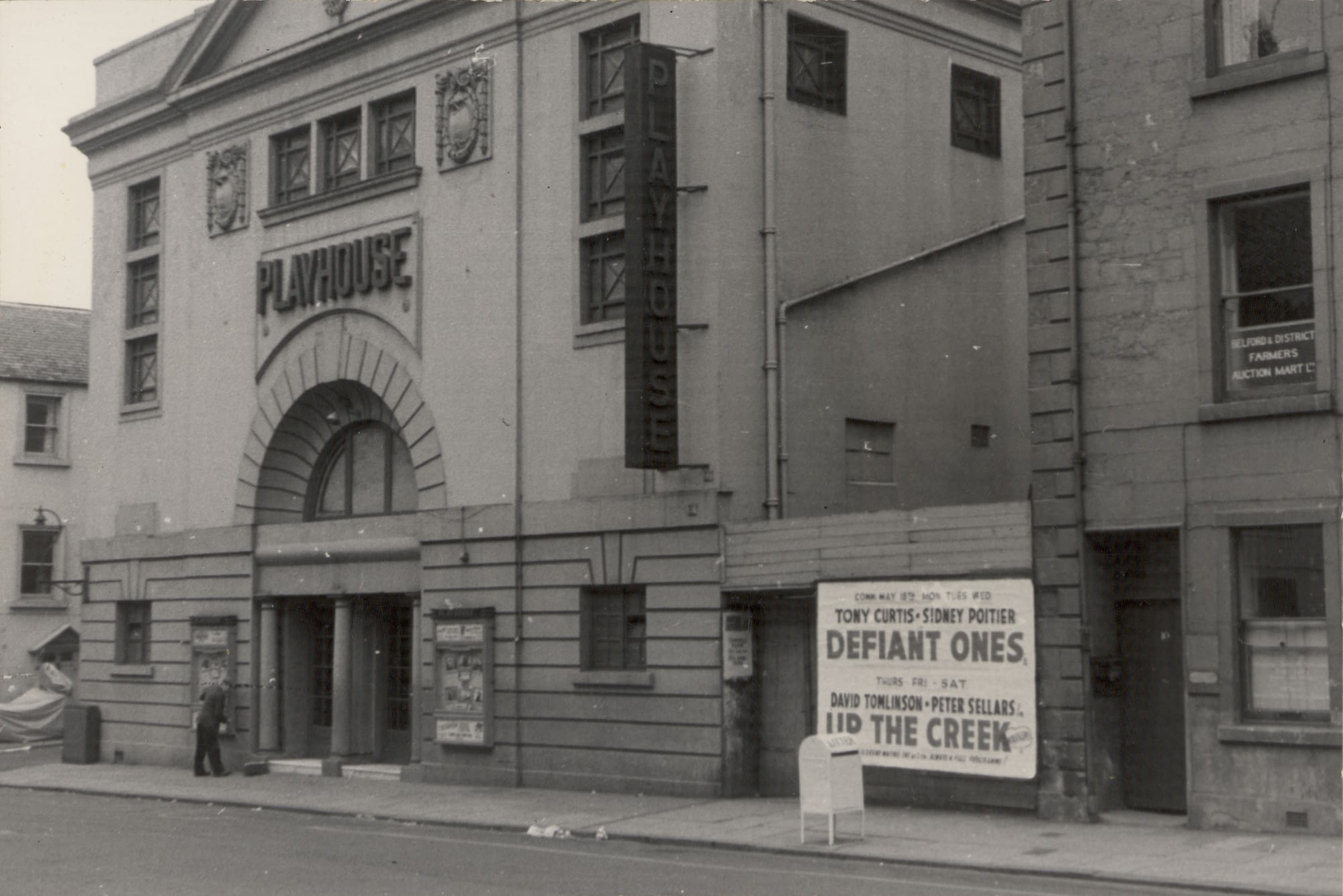 A surprising feature of the plan was that beneath the auditorium at basement and ground-floor levels there was to be a two-level car park (suggesting that parking problems in Berwick may be nothing new).  A letter of February 1938, filed with the plans, also states that the War Office had expressed interest in the basement car park as a possible bomb-proof shelter. (In December 1937 the Air-Raid Precautions Act had been passed in Parliament, spurred on by reports from the Spanish Civil War, and it placed responsibility on local authorities for organising protection against bombing attacks.)

If the project had gone ahead, it would inevitably have required the complete demolition of the Corporation Academy building, which was completed in 1800, and whose Georgian features today provide a handsome entry point to the town for visitors approaching across the Royal Tweed Bridge yet there appears to have been little discussion of any 'loss of heritage' that was threatened.

Indeed the original application made a virtue of the change which was offered; it described the bridge approach to the town as having the appearance of "a general slum", and asserted that the proposed building would provide "a frontage of modern architectural beauty and dignity instead of what is at present - a rough wall".  The design of the new cinema certainly aimed at something prominent and bold, with art-deco lines and features, quite unlike anything else to be seen in Berwick.

The reasons why it did not come about seem to have turned on a stroke of (mis)fortune.  The projected cost of the building was £25,000.  The promoter John McFarlane made an agreement with an accountant called John Leopold West to raise the funds, and he paid West £2000 to engage his services.  West however then absconded to France with this money and lived there expensively for the next seven months.  When the money had run out, he returned to England and was promptly arrested at Newhaven, having merely 16s 8d in his possession.  He turned out to be a serial fraudster, whose real name was Jacob Suwalsky, and in May 1939 he was sentenced to three years in prison for his latest offence.

The money however was gone and John McFarlane was reduced to impoverished circumstances by its loss.  His only option was to apply for bankruptcy, and we may assume that his plans for Berwick's third cinema vanished in the wreckage.  The Corporation Academy building survived to see better times and it remains a defining feature of Berwick's townscape.

Thanks to John Spiers for researching and writing this article